Can You Use CBD Oil to Lose Weight: Experiences and Opinions Cannabidiol — better known as CBD — is a compound commonly found in the cannabis plant. Although CBD is usually available as an oil-based extract, it is also available in lozenges, sprays, creams, and other dosage forms. With us you will find a large selection of high-quality Reakiro CBD oils.

CBD can have many benefits, including reducing anxiety, relieving pain naturally, and improving heart and brain health. However, little is known about the effects of CBD on weight loss.

This article reviews the current research on CBD and its effects on body weight.

CBD is one of more than 100 compounds called cannabinoids found in cannabis. It is the second largest cannabinoid after tetrahydrocannabinol (THC) and makes up 40% of plant extracts. Unlike THC, CBD has no psychoactive effects, meaning it doesn't induce highs. However, CBD affects the body in different ways. It is believed to stimulate certain receptors to reduce pain, anxiety and inflammation.

It blocks the breakdown of anandamide, a chemical commonly referred to as the "bliss molecule," in your brain. This allows anandamide to stay in the body longer and helps reduce pain and improve brain function.

CBD also positively regulates the production of inflammatory molecules called cytokines, which deplete inflammation and pain. In addition, CBD can also help in the treatment of depressive factors. However, due to limited human research, the full health effects of CBD are still largely unknown. 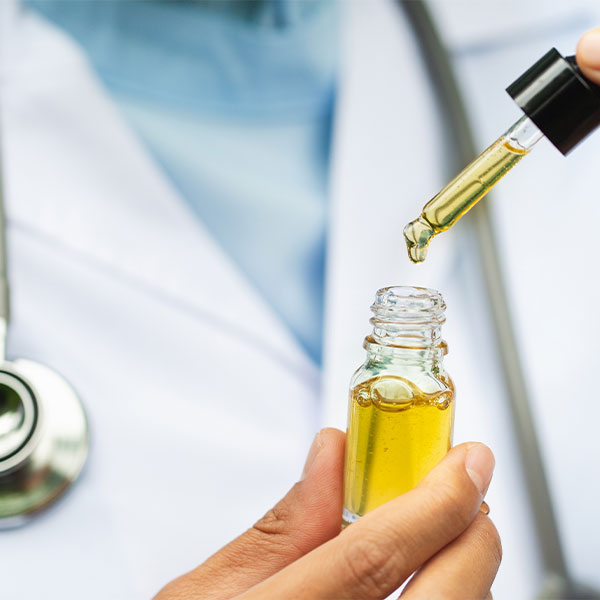 CBD is a cannabis compound that has proven health benefits, including relieving pain and reducing inflammation. However, research is ongoing and the full effects and beneficial factors of CBD are unknown.

CBD has been shown to improve other aspects of health as well, including weight loss. Here are some of the possible effects and whether you can lose weight with CBD oil. CBD can increase metabolic rate and reduce the need to eat or appetite. Preliminary research suggests that CBD may promote weight loss by reducing appetite and boosting metabolism.

During a two-week animal study, rats were injected intravenously daily with CBD in doses of 1.1 and 2.3 mg per pound of body weight (2.5 and 5 mg per kg of body weight). Both doses resulted in significant weight loss, with the higher dose showing the greatest effect. In particular, CBD was administered by injection instead of orally. In another animal study involving rats, CBD resulted in a significant reduction in food intake compared to other cannabinoids, including cannabidiol and cannabidiol. While these results are promising, there aren't enough human studies to support them, and more research is needed to know if CBD oil can help you lose weight.

CBD can promote the "tanning" of fat cells

There are two types of fat that are stored differently in our bodies - white fat and brown fat. White fat is the main form and is responsible for storing and providing energy, as well as insulating and maintaining the energy of organs. It's also the one type of fat most commonly associated with chronic diseases like diabetes and heart disease when accumulated in excess. On the other hand, brown fat is responsible for burning calories by generating heat. Healthy weight people tend to have more brown fat than obese people. 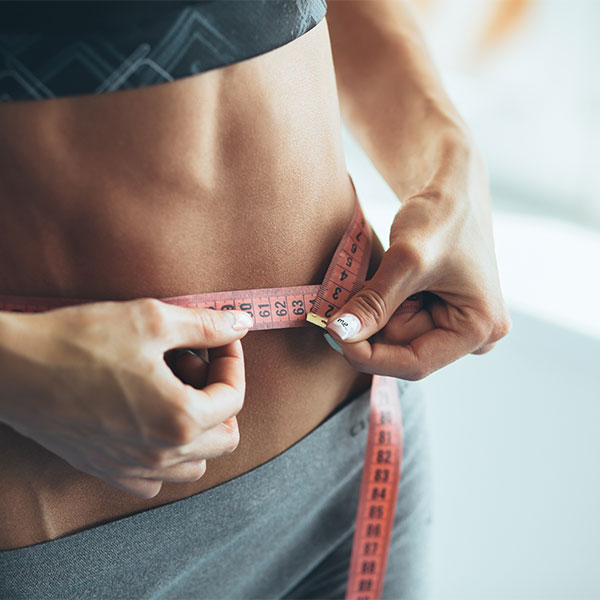 You can turn white fat brown with exercise, adequate sleep, and exposure to cold temperatures. Interestingly, various research studies show that CBD can help with this process. So you can use CBD oil to lose weight or support the weight loss process. However, human studies are needed to confirm these effects.

Marijuana use is associated with lower body weight

Although marijuana users typically eat more, they generally weigh less than non-users. A study of about 50,000 people found that those who used marijuana at least 3 days a week had a 14-17% obesity rate, compared to 22% and -25% for those who had not used marijuana in the past year. The exact compound that contributes to weight loss in marijuana users is not known. However, since CBD is one of the compounds in marijuana, it may be involved in this relationship.

Research supports the idea that cannabinoids as a whole, rather than individually, may affect our appetite, metabolism, and similar body functions related to weight.

Be careful: although CBD may aid in weight loss, it can conversely lead to weight gain by increasing appetite.

Changes in appetite are one of the most common side effects of CBD treatment. However, the effects are of different nature. Some people's appetite may decrease, while others' appetite may increase.

When ingesting CBD, a combination of factors, including the type of product and our genetics, determine how it affects our appetite. Although most people equate cannabis with an appetite stimulant, they tend to experience hunger after using cannabis (whether hemp or marijuana).

This is due to a compound called THC, or tetrahydrocannabinol. While THC can induce hunger pangs, CBD has the opposite effect. According to a study, CBD has the ability to suppress appetite. Leptin is a protein that acts as an anorexigenic mediator; H. it causes loss of appetite. Leptin also plays an important role in food intake, body weight control, and metabolism.

While CBD can have positive effects on appetite and weight loss, it can also lead to weight gain. Some studies showed that CBD increased appetite. In fact, one of the most common side effects of CBD treatment is a change in appetite. In one study, researchers surveyed 117 parents of children who had previously been treated with CBD to manage their epilepsy symptoms. Although parents reported a reduction in epilepsy symptoms, 30% of these parents reported that CBD oil significantly increased their child's appetite. However, research has shown mixed results for CBD’s effects on appetite. In a three-month study, 23 children with Dravet syndrome, which is a form of epilepsy, consumed up to 11.4 mg of CBD per pound of body weight (25 mg per kilogram of body weight). Some children's appetites increased while others' appetites decreased.

Additionally, a recent study of 2,409 people taking CBD found that 6.35% experienced increased hunger as a side effect. More research is needed to fully understand the effects of CBD on appetite as it seems to make a difference. Many factors can affect how hungry you feel when taking CBD, including genetics and the type of product used. At Reakiro, we offer you high-quality Reakiro CBD oil products.

Some studies suggest that taking CBD may promote weight gain by increasing appetite—although others suggest the opposite. Further research is therefore required.

Can you use CBD oil to lose weight? – Losing weight with CBD?

While it is unclear if Reakiro CBD oil is effective for weight loss, it has been shown to improve health in other ways. It has been proven safe to use CBD drops for weight loss and the risk of side effects is low.

More research - particularly in humans - is needed to determine how this marijuana product affects weight. The existing results are weak.

Our body has two types of fat, white and brown. The white fat cells store and provide energy. They also pad our organs. Brown fat, on the other hand, burns calories and generates heat. Healthy people have more brown fat cells in their bodies compared to obese people. White fat is converted to brown fat when you exercise or are exposed to cold temperatures.

Research suggests that CBD can aid in the conversion of white to brown fat cells, suggesting the substance may help with weight loss. Research from 2018 helps explain how CBD might break down fats in the body. The process of turning white fat cells into brown fat cells actually affects how these cells function in the body.

A study published in 2016 claims that CBD can help convert white fat to brown, which can help the body burn calories. White fat is also known as the "bad fat" because it can increase the risk of many chronic diseases, such as heart disease and diabetes. Brown fat cells are an active type of fat. You burn calories that contribute to weight loss. Researchers found that CBD interacts with CB1 and CB2 of the endocannabinoid or ECS system, affecting the regulation of adipose tissue and possibly other functions in the body. Reduces the risk of metabolic disorders

As other research in 2018 showed, there is a strong link between obesity and a variety of metabolic disorders, such as:

Excessive activation of CB receptors in the body can be partly responsible for this. Excessive activation of CB1 receptors in adipose tissue can contribute to obesity and metabolic risk. A review also mentions some highlights from previous research on CBD and metabolic factors in animals. For example, treatment with CBD reduced total cholesterol levels by 25% in obese rats. The anti-inflammatory and antioxidant effects of CBD also appear to lower blood sugar levels and increase indicators of liver health.

Weight loss and the endocannabinoid system and final conclusion

The endocannabinoid system (ECS) plays an important role in the human body and has potential mechanisms that contribute to weight loss and control. The ECS is made up of a series of neurotransmitters and receptors in the body that control communication between different parts of the nervous system.

It is thought to regulate many different tissues, including the neurological system, metabolism and the immune system. It's only in the last few years that scientists have begun to uncover the multiple functions of this mechanism in the body and how cannabinoids from marijuana and hemp plants can manipulate this system to our advantage.

The ECS contains a number of targets including those in the liver, adipose tissue (fat cells), pancreas and brain. As previously mentioned, the ECS system is an extensive and complex network that is still not fully understood by researchers, but has favorable targets for pharmacological interventions in obesity. Morbid obesity has been shown to actually have an inhibitory effect on the EKS through a complex network of gene regulation at enzymes such as FAAH and the CB1/CB2 receptors.

This is thought to be the pathologic cause of ECS system dysfunction through a number of obesity-related inflammatory factors. Extensive research over the past few years has led to the discovery of rimonabant and taranabant, both selective CB1 receptor reverse agonists. These drugs have been shown to essentially unblock the ECS and help restore normal function. Future research and discoveries in this area will be interesting and exciting to watch.

CBD oil for weight loss is an increasingly popular cannabis product that is often marketed for weight loss purposes. Although some studies suggest that CBD can boost metabolism while reducing body fat and appetite, others show an increase in appetite. Decide for yourself whether you try it for yourself and observe the effect on your body. We can recommend our high-quality Reakiro CBD oil for this.