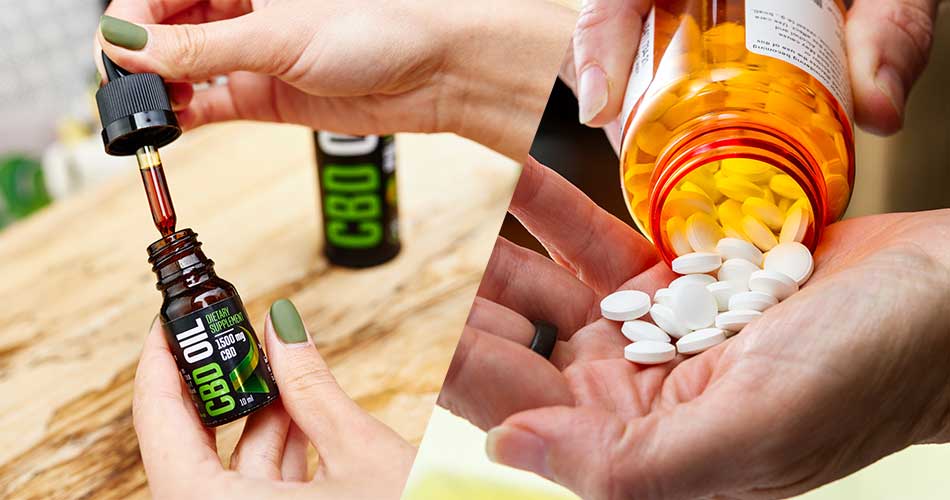 Opioids are a class of drug which can range from prescription medicine from doctors, aimed to treat things such as pain, but also stretches to illegal opioids such as heroin. Opioids that have been prescribed by your doctor help control acute pain, such as post-surgery pain, they get to work in the body by interacting with opioid receptors in your cells. And heroin interacts with the body in the same manner. The opioid receptors in your brain cells release signals which dull your awareness of pain, and increase your feelings of pleasure.

In controlled and measured doses opioids should not pose a threat to your health. However, higher doses can have a detrimental effect on your heart rate and breathing, which can be life threatening. Additionally, the pleasurable feeling which is gained as a result of taking opioids can be highly addictive, which leads to the opioid crisis which we see today.

Scientists are currently investigating whether CBD (cannabidiol) could be an effective alternative for opioids. CBD is a cannabinoid found in the cannabis plant, it works by interacting with CB1 and CB2 receptors in the human body (also known as the endocannabinoid system). THC (tetrahydrocannabinol) is the cannabinoid found in marijuana that has a psychoactive effect. CBD has no psychoactive effect, and is non-addictive. In 2017 the World Health Organisation reported that “in humans, CBD exhibits no effects indicative of any abuse or dependence potential”.

Opioids are prescribed to deal with pain management, an area in which substantial evidence has been carried out to show that CBD can be used to treat chronic pain. In addition to reducing pain, CBD is a natural anti-inflammatory which greatly aids treatment. This claim has been supported by a study in the Journal of Experimental Medicine.1 There are also multiple studies looking into how CBD could alleviate pain, and positive results have been found.2 However, so far these studies have been carried out on animals and human models are needed to verify findings.

While opioids should be safe in their limited and prescribed doses, the opioid crisis (or epidemic) faced in the US today comes as a result of a widespread misuse of both prescription and non-prescription opioids, which are highly addictive. Opioid overdoses accounted for more than 42,000 deaths in 2016.

The Addiction Institute at Mount Sinai in New York carried out a study on men and women who had a history of heroin abuse. Researchers found that drug-induced craving and anxiety was reduced for those who received CBD, but not the placebo.3 Yasmin Hurd, author of the study, concluded that their “findings indicate that CBD holds significant promise for treating individuals with [opioid] use disorder”.

If you are currently taking opioids and wish to explore CBD and cannabinoid treatment as a natural alternative please speak to your doctor, particularly if you are already taking prescribed medication. There are currently no known severe side effects to taking a one off overdose of CBD.